This post is a mainly about what I’ve been up to for the past two weeks,  but you’ll soon work out its mostly just for you :)

I’ve now completed the full integration of eSellerPro to the Big Commerce website platform and are on the home run of the bug finding & eyeing up further customisation to the account it’s running from.

If you’ve not heard of BigCommerce before it’s a fully hosted website solution which isn’t expensive (especially as its in USD). The more I’ve played with it, the more I like it, its straight forwards, can be designed with bespoke designs and guess what… it just works :)

Give it a whirl, here is a demo account I created which is open for the next 15 days.

With the error trapping I’ve added in the 6 hour coding bender on Saturday, if it does go tilt (which it will do sooner or later[you won’t hear that from normal developers]) it’ll be obvious where it has gone Pete-Tong and as much as I’d love to boast about a few of the ways I’ve tackled some interesting features, I’m not going to and I’m just saying its “slick”.

This is the first time I’m publicly eluding to the fact that I’ve written API connectors from eSellerPro to 3rd parties and it’s not the first, more like the 4th now. I have CubeCart, OpenCart & a web based EPOS solution next on my agenda for integration projects, oh and I have a sickly fast Magento integration.

Remember I’m aware the way and what data needs to flow between such tools and as I’m a perfectly capable coder in multiple languages, this is handy as I’m not BS’d by 3rd parties and also I’m realistic with timescales and what can and cannot be done.

If you’ve got a 3rd party integration requirement to eSellerPro/another provider or alternatively you’re interested in the eSellerPro to BigCommerce integration you can contact me here.

This year’s event was a weird one for me, I didn’t go to visit any stands, instead I attended to meet people and frankly if they didn’t know me already I didn’t pay them any attention. Instead, I got to speak to the cool people.

I did see one presentation though, it was the team from My1stWish & eSellerPro’s Eamonn, the recording is supposed to be released this week, I’ll pop it up as a post once it’s been made public.

After refusing to pay £34 to get home 2 hours earlier late on Thursday night, I grabbed a Sub & stacked up on more caffeine and there it hit me, the sickest idea I have had in years was conceived. I cannot believe it’s never been done before and you’ll facepalm when they see the finished product. I will be pushing for it to be released with a global free option for smaller businesses, more on this in the next few months.

This one has been a programming nightmare for me, I didn’t know what was involved in getting this working until now & if I did I wouldn’t have started it.

The IF & IFNOT logic that powers the largest multichannel businesses is about to go mainstream and I’m only a few days away from adding it to the processing core of the advanced eBay listing builder.

If the IF & IFNOT logic testing is new to you, it’s a method to programmatically work with data to make the data you input such as images and bullet points show and hide if or if not they’re entered, which means you can break the listing data away from the template design that makes the listing look “pretty”.

An example is below, so that if {{Image1}} is blank it won’t bring through the image into the template.

This is a basic example, as it’s normally better to load image URL’s into a JavaScript array, however, this will be available for ALL the data entry fields and I will be providing use-case examples shortly & support in the forums.

We’re due for some tutorials as well for the tool, the more people I talk to who cannot whose business does not warrant even the first stage tools, they need a tool like this to put the efficiency in their business for both data input and presentation.

I’ve not forgotten the integration into WordPress which will allow me to offer you some heavily customised features per user including customised listing templates, account defaults and… I now have the code finished for the killer feature that is missing from nearly ALL eBay listings which isn’t even a paid for addon by design companies and guess what it’s going to be… free. More on this as soon as the artwork is completed which will be under 2 weeks.

So a quiet two weeks for blogging, but I’m doing battle with a spoon, I can’t wait to explain what that means, maybe a video this week?

I’d like to thank those who have registered for the forums, if you haven’t yet, its free and you can register here and as you’ll see by the couple of recent threads, you’ll get quality replies back (amongst my gibberish :) ), see you there?

Exploring 'eBay Connect' - What If?

eSellerPro At Lords in September 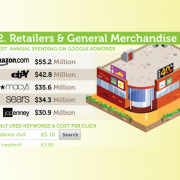 How Much Did eBay & Amazon Spend on Google Advertising in 2011? 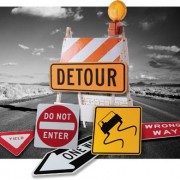 Do yourself a favour, Block Bad eBay Buyers 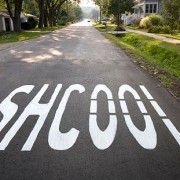 How To: Knowing the 10 eBay Shop/Store Design Mistakes For a long time now that businesses that do not employ software tools that have keywords available to them are...