I’ve been working on a collection of articles for the new project around eBay shops, one curious question while I was half way through was “how many eBay shops actually exist?“, I didn’t know, so I counted them.

But I didn’t stop there, I put the numbers against them as well, which made for some very interesting reading and I’m sharing my findings in the table you’ll find below.

But before we get to the cool £81.4M worth of fees per annum and the approximate 400,000 shops that are on eBay UK, the numbers need a little explaining.

There are 3 shop levels, anchor at £350, featured at £50 and basic at £15 per month. Also I wanted to have a truer representation of actual numbers so for the basic shops. For the rough count of eBay shops (I counted the number of shops per page (25) and then times it by the number of pages). I deducted the featured & basic shops and then took off a 30% margin of error, because its possible for an eBay shop to appear in more than one category and also it took me ages to count them, so needed to factor in some human error too.

The total number of basic shops came in at 554,975, however with the other factors removed, I felt happy with the number of 377,037 for the basic shop count (yes I’ve rounded the total up for this article).

The Number of eBay UK Shops

WooooHaaaaa that’s an obscene number (so is the amount of revenue this creates, but that’s besides the point) I don’t know of any other platform that can boast that number shops. Shopify can only boast a tiny number in comparison.

And the kicker, we’re not even accounting for the audience that eBay commands, some 17 million visitors per month (Nielsen / Netratings, August 2010), the 30 million items that are on offer on the UK site alone and an exceptionally interesting comparison is that out of this number, less than half (180,000) are registered as business sellers.

If you want to set up shop… Go eBay!

Dear eBuyer.com, You Could Be Doing So Much Better on eBay UK. Here is How!

Exploring 'eBay Connect' - What If? 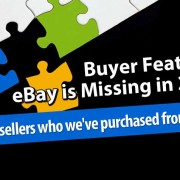 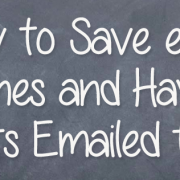 Updated Amazon Seller Pages & How To Update Yours

Foretelling The Future of Commerce In 10 Years Time

This week eBay announced that they are expecting the mobile sales on the platform to reach $5 billion USD. This is set...