This week eBay announced that they are expecting the mobile sales on the platform to reach $5 billion USD. This is set to outpace their earlier prediction by a cool 25%. But I don’t believe its going to stop there.

In this article I attempt to foretell the future and see how deep Alice’s rabbit-hole could go with regards to commerce in 10 years time.

Before I make an ill-fated attempt at this, we need to understand some background changes that are currently underway. These are:

There are many more influences that are currently underway, Google is one that I have neglected to mention, this is because I feel they will remain as a facilitator to one or more of these or will be replaced by another, however I’m focusing on the above to attempt to make a stab at what the end-game could look like along with some gut-instinct.

My 10 Predictions For Commerce in 10 Years Time

Firstly I can’t tell the future & I certainly don’t have a crystal ball (unless you count a jar of cider), however an amazing topic covered in a book called “Blue Ocean Strategy” (aff link) I recently read has helped me focus & gain clarity on numerous topics.

Part of the identification process of a “blue ocean” is to predict where you consider the natural conclusion of where an environment will go to in the future and commerce is a curious one. Also note that I have left 4 predictions out of this public version as I will be leveraging these personally.

Below are 10 of my personal expectations for commerce, for 10 years time:

Am I a million miles away from what we’re seeing already, what do you think?

Use the comments box below. 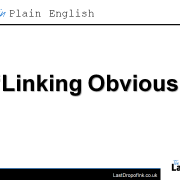 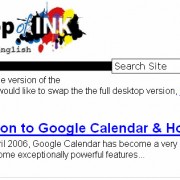 I'm working on an article relating to competitive advantage for businesses through software usage and I've just stopped to share...