Update: This article has been expanded upon further, see Part 1: Battle of The Giants – Tesco V’s Amazon – Who Will Win?

The PR wheels have been turning for the past few days on the news that Tesco is to take on Amazon. It was interesting reading the comments left by users on the article posted on Tamebay, as they had a distinct eBay feel to them.

Amazon in many ways is almost the perfect model to follow, its core differences between its marketplace and eBay are reason for its huge success year on year.

eBay facilitates transactions between buyers and sellers, but does not sell or create product to sell on its own marketplace (like a ‘farmer’ hosting a ‘carboot sale’), where as Amazon is its main (note not sole) selling platform which ‘allows’ other sellers to sell along side ‘it’ and to use the Amazon umbrella.

Another huge differences is the way inventory is handled, eBay is still a free-for-all, although a few categories like Sat Nav and DVD’s are moving towards single listings, multiple sellers, but for the best part, its a mess of same items all designed and displayed differently [this is both a positive and a negative] in vast amounts of listings. 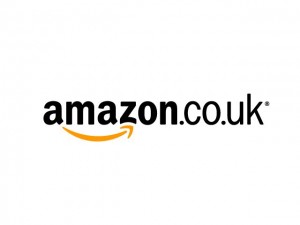 This is not without its complexities over duplicate records and damn annoying duplicate barcodes especially in the media categories (sold a book when it was supposed to be some fancy dress item, grrrr) but generally the system works, if its to work then Tesco need a backend system that can cope with the creation of new records, a way of verifying them on multiple criteria and allow edits to them to maximum inventory creation potential.

Another fundamental difference between the marketplaces is that you can generally talk around eBay and cover up miss-haps. If you piss-off Amazon, then you are screwed. Its their marketplace and if you let their customers down, then you better have a damn good contact list to start bailing on, its extremely rare for sellers to get back on. I know of only perhaps just three in almost 10 years.

OoO Wait, What About Play.com?

Its worth noting here that no-where I have seen has anyone mentioned Play.com, not I think this has a potential in itself. Again for those new to the different platforms, Play.com offer something called PlayTrade and PlayTrade Pro, which allow sellers to sell on their platform along side their existing stock.

Now the biggest limiter (by their own design I hasten to add) is that Play.com have chosen to the stance that ‘if its not in our database you cannot sell it’, which in many ways keeps things cleaner, but also seriously stunts their growth when compared directly to Amazon.

Yes you can ask Play to create new records, but the data better be squeaky clean and its not a fast process by any means as from I know if its checked manually [poor Chris B!].

The other no-brainer for Tesco is that they can pull an Amazon style javari.co.uk on the data they pull. Again for those who don’t know this, remember you are selling on Amazon’s platform, they sell there too, its their platform. So when they spot a sweet spot, like footwear, don’t be supprised if they do a javari.co.uk or an endless.com with this data. If I was Tesco, I’d be gunning for this data, data that says what sells, when, how and who for, its utter insane when you think that Amazon have been doing this for years and haven’t even started to monetize their data to sub sites.

On a side note, checkout javari.co.uk and endless.com they are super slick and not a patch on what Amazon have released in the Amazon Webstore platform for merchants.

Now if Tesco is going to open its doors to other sellers, then it better have some ‘common’ tools at its disposal to enable sellers to port data (coff, just like Play.com did) from existing marketplaces (Amazon) and enable its use on their own site.

A few common sense things, like keeping condition codes the same as thats used on Amazon (coff Play.com) and file formats would be a good start. One thing that Amazon lacks on in direct comparison to eBay is that its API isn’t that great. eBay’s API has to be one of, if not the the best documented & thorough API there is.

Working with 3rd party tools like eSellerPro , Channel Advisor, AManPro etc is going to be key to the marketplaces success, I really do not see such a channel taking off if no-one can list data there quickly, especially the businesses that already have great data sat there waiting to be deployed.

Infact I don’t even want to contemplate this right now, but thinking about it for a few movements, if Tesco are smart enough to take a swipe at Amazon, why not go for the jugular and take some FBT (Fulfillment By Tesco) as well? Buy up a third party like ProFS, bingo instant fulfillment network to take on Amazon’s. See crazy stuff! My head hurts on the sheer potential they have here.

Another topic that I have seen absolutely no-one mention and that is affiliates. For those who have never heard of this concept, its simple, you transfer a customer that converts, you get a commission (its what I have been hiding away doing for the past few months on a larger scale).

My point is, Amazon have BOAT LOADS OF AFFILIATES and the crazy thing about their affiliate program is that they offer 24hr cookie where the rest of the industry is around 30 days, but Amazon converts like crazy, times this by thousands and an astore product that is simple to use for community sites and can be deployed in minutes.

Its like an army of sales staff working for you, its crazy.

Note to self, need to find out the figures quoted for Amazon affiliates, I am sure they account/contribute for a massive amount of the total sales revenue of Amazon.

So Matt Your Point Is…

Tesco would be insane to try and copy eBay, by-god thats a dirty marketplace when you compare it to Amazon. I have no idea how this is going to pan out, a new site or a bolt on module to their existing Tesco Direct site at http://direct.tesco.com/ (which again for those did not know it has a proportion of an amalgamation of supplier feeds branded as Tesco, well and some Tesco owned items too I suspect).

If its going to work, they’re[Tesco] are going to have to push their brand name to the limits of what can be pushed. That Amazon logo instills a sense of comfort & trust that just isn’t found elsewhere on the Internet and is going to be extremely hard to get anywhere near to it, regardless of their starting base.

They’re not going to need luck, they’re going to need some damn gifted management heads, every single corporate based tool at their disposal and some fairy dust for good measure.

Exciting times ahead for all of us, be sure of that. 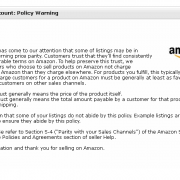 Amazon Gets Aggressive With Price Parity 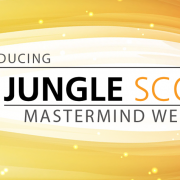 How You Can Find Out What Sells on Amazon 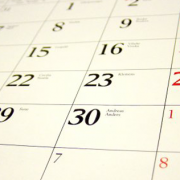 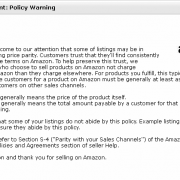 Have You Received a Price Parity Policy Warning from Amazon? 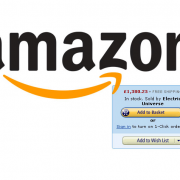 Followon TwitterSubscribeto RSS Feed
Book Review: I Hope They Serve Beer in Hell – Not for the ‘Faint...

ToysRUs on eBay.com – But it Looks Crap

Book Review: I Hope They Serve Beer in Hell – Not for the ‘Faint of Heart’

This is no understatement: Oh my word, this book has to be the #1 on the craziest of books I have ever...