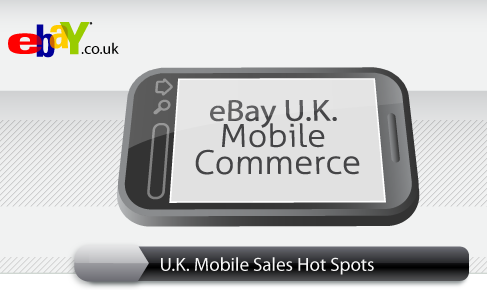 I’ve just received this, I’ll pass comments in an later article. However the numbers are literally “epic” and I’m looking forward to delving into this into greater detail.

Mobile shopping could deliver a £4.5bn boost to Britain’s economy by 2016 and a further £13bn by 2021, according to new research by online marketplace eBay. The research reveals that m-commerce is on the verge of a potential four-fold increase over the next five years as consumers become more comfortable with shopping on their handsets.

Despite the future potential of m-commerce, the research by retail experts Verdict, warns that the market is currently being held back by unreliable mobile broadband. UK retailers are missing out on at least £1.3bn as a result of consumer frustrations with patchy coverage, unreliable connections and slow connection speeds driving shoppers away.

eBay, Britain’s market leader in m-commerce, is calling on regulators to take action to enable m-commerce to support the UK’s economic recovery. In a submission to communications regulator Ofcom, eBay is calling on policy-makers to do more to address consumer frustrations when rules for the fourth generation (4G) of mobile networks are agreed later this year.

The research shows that 16% of the UK is an “m-commerce not-spot”, where mobile spending is at least 20% below the national average. Sparsely populated areas, such as the Scottish highlands and islands, rural Wales and rural counties of England are the worst affected. But the evidence also shows that mobile shopping is underperforming in certain heavily populated areas like central London, with broadband reliability and coverage acting as a brake on the potential mobile retail market.

More than a third of consumers have failed to complete a purchase on their mobile due to issues with mobile broadband.

Although network coverage (79%), the reliability (85%) and speed (86%) of mobile internet connections rank highly as barriers to mobile shopping, consumers are also heavily put off by the cost of data (80%).

When asked their views on what should be the top priority for mobile networks and regulators, the cost of data came out top (over half), with improving coverage in second place (23%). One in ten think improving of the reliability of internet connections in urban areas (14%) should be the priority, followed by providing better internet coverage on transport routes (13%).

eBay has published this data as it calls on Ofcom to take action to support m-commerce and help the sector realise its potential, as the regulator decides on how best to sell licences for new superfast “4G” mobile broadband. Ofcom is currently consulting on the rules of the auction.

Angus McCarey, UK Retail Director for eBay UK said: “Mobile shopping represents a massive opportunity not just for retailers, but for the economy as a whole. But our research shows that consumers and retailers are missing out as the cost and reliability of mobile broadband prevents shoppers from spending.

“High quality and reliable mobile broadband coverage throughout the UK has to be our ambition, giving consumers choice over when and how they shop, encouraging spending, thereby benefitting online and high street retail, and giving a much needed boost to the fragile economic recovery.”

Mobile continues to be the fastest growing part of eBay’s business, with global mobile sales set to double again in 2011 to over $4 billion. More than 16 million people use their iPhones to shop through eBay – whether that’s for bespoke or vintage items, or increasingly for branded and new items direct from over 100 high-street retailers at up to 70% off full price.

Retailers also have a role to play in harnessing this opportunity and reflecting the demand from consumers, with 88% less likely to shop via mobile because many shopping websites are not optimised for mobile.

Neil Saunders, Consulting Director, Verdict Research commented: “With the increasing proliferation of smartphones, more and more consumers want make the most of the convenience of being able to shop on the move. Retailers need to move fast to optimise their websites and capture this growing market.”

Verdict uses a variety of sources for its market forecasts and numbers. Consumer research is used to understand current consumer penetration and habits in the mobile space and this data is modelled and sense checked against retailer data and other industry sources. Forecasting is conducted using Verdict’s rigorous integrated forecasting model that assesses retail’s position in the broader UK economy and the relative performance of individual channels, including mobile. It also takes account of macro-level factors such as demographic change, consumer preferences, evolving technologies and economics. All forecasts and numbers are challenged in an internal analysts’ forum to ensure that they are compatible with expectations of other retail channels and sectors and for retail as a whole.

– Founded in 1999, eBay.co.uk is the UK’s largest online shopping destination, providing a platform for over 17.7m unique visitors per month to buy and sell new, unique and used items in a fun and easy way.
– Far from an online auction house, eBay currently has 17 million live listings on the UK site, with fixed price goods accounting for the majority (60%) of items sold globally.
– Sellers of all sizes, including 180,000 registered businesses and over 30 high-street retailers use eBay.co.uk to reach the UK’s largest online shopping audience.
– eBay supports buyers and sellers by promoting the best value deals through Daily Deals, and the eBay Outlet sells products from well known brands at up to 70% off the recommended retail price. Follow www.twitter.com/eBay_life4less for alerts to great deals on eBay and beyond.
– eBay.co.uk is owned by eBay Inc, which has expanded to include some of the strongest brands in the world, including eBay, PayPal, StubHub, Shopping.com, and others.
eBay mobile facts- Over 16 million people have now downloaded the core iPhone eBay app across the globe.
– eBay mobile applications are available in more than 190 countries and eight languages.
– Across all its mobile platforms the eBay apps have been downloaded 30 million times
– eBay mobile apps have been downloaded over 30 million times globally.
– Mobile shoppers on eBay.co.uk have bought more than 30 million items through iPhone and WAP since July 2008.
– There are up to 380,000 daily visits to eBay.co.uk via mobile apps, and more than 170,000 UK mobile shoppers spend over £30 with the eBay mobile app per week.
– In 2010, global eBay sales via a mobile device more than tripled, generating $2 billion in sales – up from $600m in 2009.  This is set to double again in 2011 to over $4 billion.
– Globally an item is purchased every 2 seconds using the eBay app.

The estimate of the current loss to the economy in m-commerce sales resulting from poor mobile broadband connections was calculated using consumer research conducted by Verdict into the extent to which consumers are currently deterred from spending via their mobiles. Our model calculates the lost value to the economy by taking the number of consumers who responded that they would spend “significantly more” if mobile broadband was more reliable, and calculating how much they would spend if they consumed at the level of consumers who are satisfied. To ensure a conservative estimate, consumers who responded that they would merely spend “somewhat more” are disregarded.

– Locational information is based on consumers’ registered home addresses 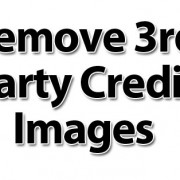 How to: Remove Provider Credit Images From eBay Listings 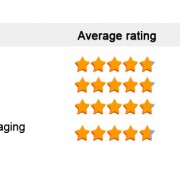 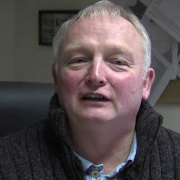 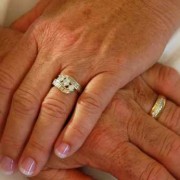 When People Buy from You, They Make a Commitment
4 replies

This is more for my reference than a true article, as I needed a way of easily working out when...