While I’m not going to cover who was there and what was covered in this article, I am going to share a key observation and ask you the question “what does this mean for you?”.

The table consisted of nearly all the largest, most influential clients of eSellerPro and together, probably accounted for a quarter of all turnover taken on eBay UK by professional business sellers or more.

Ironically there were only two businesses that I did not implement sat at the table, the others I had either implemented personally or were the reason why they were using eSellerPro in the first place and with half the room accounting for FSP’s, eBay “Full-Service Providers”, they represented the majority of the eBay Outlets. I did, on entering wonder why the hell I was there (although equally honoured to be part of it) and wore the hat as “moderator”.

After picking myself off the floor, as eSellerPro has now got a documented “road map”, it was really interesting to look at commonalities between the people sat at the table.

In all instances, they were “people persons”.

They actually give-a-hoot about their staff and what they are trying to do. Yes, they were all highly motivated business people, but under each one of them, they each had teams of people assisting them.

In three cases, their trusted “right-hand-man” (or woman) were with them. Some had family members as part of the team, mums, sisters and brothers, aunts & uncles, but it extended further than that, much further.

They employed people as part of the ‘family’ and extended their family as part of their business. One even quoted, “I employ mothers, because when they need me to be lenient, than I know I will see the return two-fold in loyalty”, another accounts for a substantial part of an entire islands economy and the others making a significant difference to their local economies.

And that’s the observation, none of them would would be where they are today, sat at that table, responsible for some of the largest chunks of transactional value carried out on the on-line marketplaces without a trusted team below them, which knowingly or unknowing, treating them as “family”.

In conclusion, a multitude of topics were covered. Goodness knows what several members of the table actually thought of the interactions, although the feedback given to me personally was exceptional.

The one piece of glue outside of eSellerPro joining them all together was undoubtedly, they care about people and without them, none of them would have been sat there.

So, to the original question.
What does this mean for you?

The Top 5 Must-Haves for the Killer eBay Listing 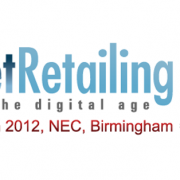 Meet Me for Coffee at the Internet Retailing Conference

4 Things You Didn't Know eSellerPro Could Do 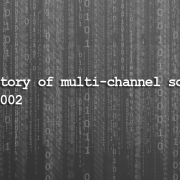 The (Online Marketing) Nightmare Before Christmas

I'm here writing out what my "to-do list" is for the week and thought I share parts of it with...