It’s that time of year again when the regrets of eating too much yummy cake at Christmas start to kick in and plans are made for New Years resolutions are made.

But why not pick a resolution, so simple that you know you can keep?

No false promises, not something that will fade away with the hangover. A resolution that you can chip-away at every single day and know that by the end of August you can still achieve it.

Last year I set myself the goal of failing in 2013.

“Success is stumbling from failure to failure with no loss of enthusiasm.”
Winston S. Churchill

Failing? WTF? Yep seriously my new years resolution for 2013 was to fail and the reason for this was simple.

If I (or you) fail at something that means that we have actually been trying to do something. Anything! Success doesn’t happen overnight, other people look at the successful and think “wow they were lucky“. What a load of tripe, the people that you look up to that are successful didn’t get there by chance, accident or luck. They got there because they worked their pants off and part of that is failing.

In my mind, the more I failed, the more I was doing. I was learning, moving forwards each time something didn’t go to plan because I then knew that wasn’t the right way.

The resolution was so simple, I could literally not fail at it.

However, this year needs a whole new tack to build upon the success at failing 2013, but it needed to be so simple, I could do it everyday. 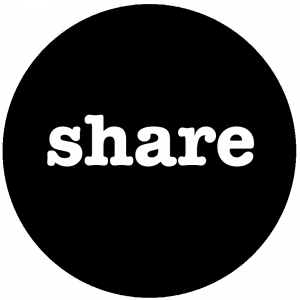 And the resolution for this year seemed to fit in so well with what I’ve been up to for the past 6 months with UnderstandingE and this year I am going to simply “share”.

It sounds so simple and it is on purpose. I need something that I know I can execute every single day, not only on the first few days of January, but for every month that follows.

Think about it, what one thing can you do in 2014 that is so simple that by March you know you’ll be able to actually keep that resolution for the entire year?

PS. And if you’d like to hear all of the wins, failures & the funny parts of what I’ve been working on the past 6 months, I have already started to “share” and you can listen in here.

Followon TwitterSubscribeto RSS Feed
What to Expect in 2014

Howdy, The last couple of weeks have probably been crazy for you with oodles of orders and hopefully with no...